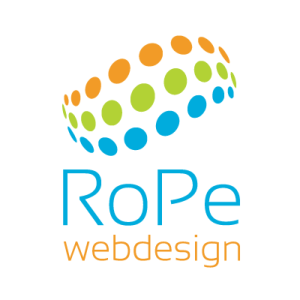 LIKE many couples, Patrick Thaller and his wife, Kathi, had different ideas about their life in retirement.

She had always wanted a second home, but he wasn’t sure about it. She didn’t want to sell their family home in Bergen County, N.J., where they had lived with their four children for 30 years. He wasn’t convinced that they could afford two places.

While they both preferred a coastal locale, they were torn about whether that should be the Jersey Shore; Myrtle Beach, S.C.; the west or east coast of Florida; or even Aruba, one of Mrs. Thaller’s suggestions.

And then there was the timetable.

“I’ve been thinking about retiring for three to four years,” said Mr. Thaller, who turns 70 in October and spent 45 years as a banker, most recently at Columbia Bank. “It took seven years to make that decision,” he said, “six years of going to Florida every winter for a couple of weeks.”

Figuring out when and where to retire can be a conundrum for anyone, but especially so for couples. Whether they have been married for almost 50 years — in the case of the Thallers — or living together for 20, like Lucy Hedrick and George Handley of Old Greenwich, Conn., and Sarasota, Fla., life partners or husbands and wives don’t always have the same ideas about retirement. When they have different timetables or preferences, one may have to wait for the other, or one may even retire and relocate for part of the year before the other is ready.

After you have spent years living one way, deciding on a new lifestyle requires research, getting to know your spouse or partner better and being willing to compromise.

Experts say decisions about when and where to retire can be difficult. “It’s no one thing,” said Reed C. Fraasa, a certified financial planner and registered life planner in Riverdale, N.J., “but time and place are always two big elements. It’s rarely a black-and-white single issue.”

George Kinder, a life planner and co-author of “Life Planning for You: How to Design & Deliver the Life of Your Dreams,” said sometimes when couples disagreed about when and where to retire, the issue was really something deeper.

“Something else is going on,” he said. It’s “a failure of intimacy. Put everything on the table, not just the place. Explore the richness of these questions. There is a lot more than where. The place — location — is almost always more superficial than the other issues.”

Couples often need to reconnect and explore what is important to each spouse or partner as they face retirement. “The place issue becomes much more secondary and easy to navigate,” Mr. Kinder said.

What needed to happen in retirement, he said, was for couples to “fall in love again. It’s not just about where they want to go but what they want to do.”

Robert Stammers, the director of investor education for the CFA Institute, an association of investment professionals, agrees. Figuring out when and where to retire requires some soul-searching along with research. “It’s a very introspective process,” Mr. Stammers said. “You really have to think through all these things. Really understand what your goals are. Many say, ‘I’ll think about that when I get there.’ ”

But experts recommend planning ahead. Ask yourself, “What is my retirement going to look like?” Mr. Stammers said. “Are you going to travel, sit in one place, downsize? How much is it going to cost you to live in your retirement?”

Envisioning what you really want can ease the transition to retirement. “The goals drive everything else,” he said.

For the Thallers, who have been married for 47 years, entertaining, gardening, travel and spending time with their children and grandchildren are priorities. “I don’t like being away from my kids too long,” said Mrs. Thaller, 68, who was a stay-at-home mother. It was important to her to keep their family home and to find a second home that would be within easy reach for their four children, their spouses and their eight grandchildren.

After 10 years of searching and considering places in Florida like Marco Island, Amelia Island and Vero Beach, they “stumbled on” a new community in Bradenton. “It looks like the kind of life we like,” Mr. Thaller said.

Though Mr. Thaller plays golf, being a mile from the beach was more important than proximity to a golf course. “We’re beach people, not golf people,” he said. His wife preferred swimming in Anna Maria Sound over the Atlantic, and it would be warmer in the winter in Bradenton than in Amelia Island, farther north. So Bradenton it was.

Though Mrs. Thaller was ready for her husband to retire sooner, she was patient. “What good is it if your husband’s not happy?” she said. Rather than saying, “I want to do this now,” she waited. “We’re happy about the decision, both of us,” she said. “He had to make sure everything was right. He doesn’t like to rush through anything.” He officially retires in November, and their three-bedroom condominium is expected to be ready in December. “It’s a house for us,” she said. “It’s a house for everybody.” They plan to keep their home in New Jersey.

For other couples, a different kind of compromise solves their problem.

In Ms. Hedrick’s case, moving to Sarasota, Fla., for part of the year while her partner, Mr. Handley, stays behind and continues to work as the business administrator at the First Congregational Church in Old Greenwich, Conn., is a way to keep both people happy. “He was becoming more and more aware of my unhappiness in the winter,” Ms. Hedrick said. He visits her once a month for a week or two. “We will always come north for the summer,” she said. “I didn’t run away to Sarasota.”

In January 2008, Ms. Hedrick, 67, an author, headed to Sarasota for four months and has gradually begun to live there from approximately October to May. At first, she rented, but she expects to complete the purchase of a home this month. It was a “careful and calculated decision,” she said. “It’s been an evolution.” Both Ms. Hedrick and Mr. Handley, 79, are divorced, and they have been together for 20 years. “George and I are still making up our lives,” she said.

If you are thinking of retiring, here are some guidelines from experts:

Research different areas, then rent a place in each of them for two weeks or more to get to know the place better and make sure you both like it.

If you have children or grandchildren, consider how they will be involved in your decision. Do you want to be near them, or will you go back and forth to visit them?

Think about whether you want (and can afford) a second home. Will you keep your original home at first and sell it later?

If you haven’t spoken to your partner in detail about how and where you want to spend the last part of your life, do it now. “Spouses are not always in alignment,” Mr. Fraasa said. “We call it the art of financial planning, the art side, getting people to a place where they feel comfortable. What are the emotional elements that are going to be part of it?”

By HARRIET EDLESON  AUG. 15, 2014 Great New York Times article about LifePlanning with RLP® Reed Fraasa LIKE many couples, Patrick Thaller and his wife, Kathi, had …

manage your money, live your life

You can change these settings at any time. However, this can result in some functions no longer being available. For information on deleting the cookies, please consult your browser’s help function.

With the slider, you can enable or disable different types of cookies: